The yearly tradition of Apple Day at Thornham Walled Garden was graced with sunshine and blue skies, so the scene was set for a great family day out and an opportunity to see the garden that lays ‘Beyond the Wall’.

The Vinery hosted a wide range of cakes and treats while the marquee was filled with local produce (much of which was made from what is grown at the walled garden) and music from a local band.

With a large attendance this year, Apple Day was more than just a celebration of apples, other fruit grown in the garden was on sale. With local crafts also available to buy, great gifts for those who have already started their Christmas shopping proved popular too.

Everyone at Beyond the Wall would like to extend their thanks to everyone who has supported us in putting together a great day. We look forward to announcing our next event. Watch this space and our other social media platforms for details! 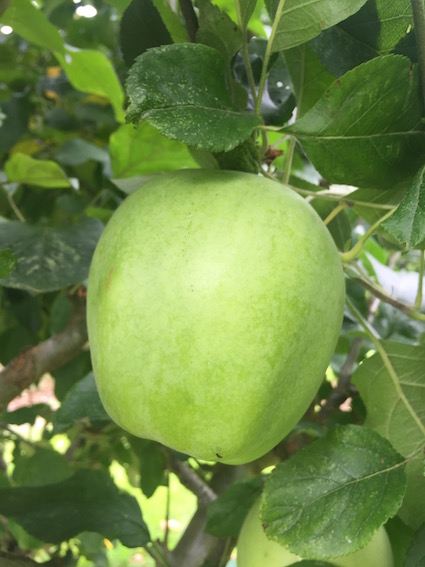 Walking around the walled garden in late summer this year would take you along many long gravelled paths, through your tour you would come across many fruiting plants and a number of herbs, however the waled garden did not boast a culinary herb garden as such.

Over the last month herbs have been propagated by our volunteers from mature plants, younger plants have also been on the move as a series of raised beds were cleared of this years vegetable crops and raging shrubs to make way for a more formalised way of growing herbs.

The raised beds are of varying heights, which is great for accessibility, using this great feature along with the known growing heights of a selection of herbs that are commonly used in the kitchen, planting took place, so that when fully grown, herbs will be able to be easily harvested by anyone using the garden. it is hoped that these herbs along with annual plants that will be planted in spring, will feature in the cooking classes that happen within the garden, as well as being used in food prepared for the light bites community cafe in Thornham, in addition it is hoped to see bouquets of herbs outside the garden on our plant sales stand and as a part of our seasonal produce boxes. Watch this space for more information in the new year how you can flavour your life with herbs from Beyond The Wall.

Gardens are never quite complete, they evolve with time, responding to new cultural ideas and changes in use. The Herbaceous Border at Thornham Walled Garden is not different to any other garden in that respect. It has existed since the creation of the garden in 1862, but has gone through many phases in its life time. From being home to herbaceous perennials, vegetables and cut flowers the border has constantly been adapted to meet need.

With a major restoration completed around the millennium, the border has looked bright and colourful, but in recent years bindweed and buttercup have crept in,  in some parts they started to overwhelm the planting. Despite constant weeding, throughout 2016 it was decided towards the end of the summer that drastic action was needed. A restoration of the border was started in September, with the north end seeing both beds having planting removed, split and potted on for reinstatement after a period of the ground being left fallow. During this fallow time perennial weeds will be removed and organic matter incorporated into the soil, to give the planting that is proposed in 2017 every chance of flourishing.

Of course this project is no small undertaking, and while a great start has been made buy clients, staff and volunteers at Beyond the Wall, we are on the look out for anyone who may be able to lend their time and energy to ensuring the project is a great success. We are currently recruiting volunteers for this and many other projects within the walled garden, and would love for you to consider joining our friendly team turn our herbaceous border dream into a reality.

Any enquiries regarding volunteering can be made by emailing us at admin@beyondthewall.org.uk or by calling us and speaking with a member of staff on 01379788700

There have been a few changes in the walled garden of late, as the layout is tweeted, so that the garden is made easier to manage, and with luck and lots more hard work, will be highly productive in terms of fruit and vegetable production in 2017, changes that while giving feel of being neat and tidy, are change that are hoped to still incorporate lots of wildlife and provide new homes for nature.

With moving sleepers to the herbaceous border, there were a few that were not in good enough order to be used. With some being quite rotten, it could have been tempting to have disposed of them, however an opportunity was spotted

A small log pile existed near to one of the back gates, but with it over grown with bind weed and not looking very aesthetic, it was decided to breath new life to this area.

A few logs were moved and bindweed removed from the ground. Having cleared the area, it was defined and framed by sleepers, and within what initially looked like a growing bed, other part rotting logs and pieces of untreated wood was added to the small existing pile.

To finish wood chip was added, to suppress annual weeds, but also to tie the whole area together aesthetically.

Plenty of spaces have been created under the logs, as shelter for our resident hedgehogs, but also for other insects and wildlife to hide amongst. Within an hour of completion a frog was spotted crawling amongst the logs, as the RSPB say, if you build it, they will come. The log area really is a plush home for nature.

Around 5 years ago a splendid rose border was planted up on the East side of the walled garden, providing a great addition to the range of flowers that grow within its walls. With the roses now maturing, they have become a firm favourite with everyone who works within the walls as well as visitors. The garden has had a history with roses, with many old varieties still growing within the central double border.

Within the greenhouses there are two large roses, which over time, the labelling has worn and the names of the varieties forgotten.

A recent conversation with one of our trustees sparked some research, we were delighted to receive an email, with an insight into the likely variety of these roses.

‘The rose in the glasshouse turns out to be interesting too; I think it’s an old R. gigantea hybrid, an early Tea called ‘Safrano’. Only borderline hardy.’

With this information now available, we are excited to start a project within the walled garden, to put back labelling of existing plants that still grow within the walls as well as to continue researching to try and uncover old planting plans and discover the varieties of roses and other plants that have grown within the garden since it was built in 1862.

If you have any information or memories of the garden that you are able to share, it would be great to hear from you via one of our social media accounts, alternatively you could drop us a line via admin@beyondthewall.org.uk or pop in and speak with a member of staff. we look forward to hearing from you. 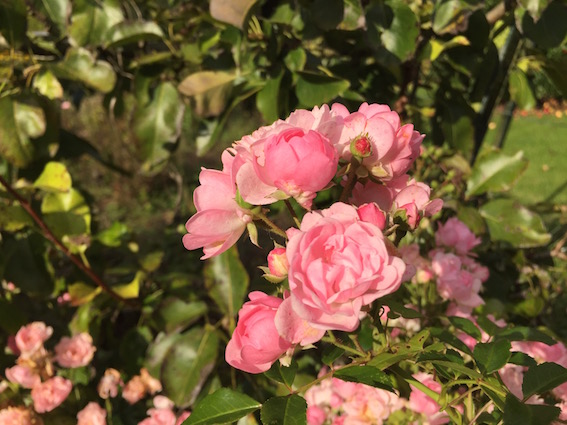